Follow the instructions below to edit your hosts file if you are running Mac OS X.

A. Use a host file editor¶

The tool Hosts System preference pane allows you to easily update your hosts file in a very intuitive way. 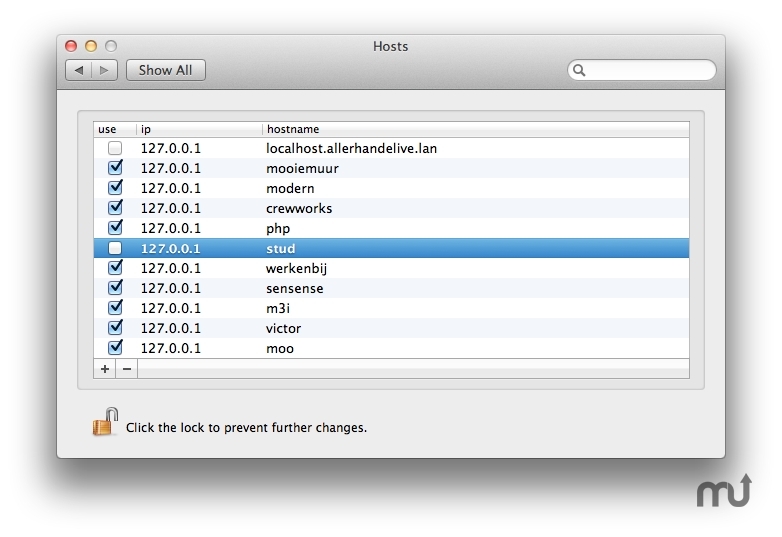 B. Edit the host file with command line¶

As a general rule, every time the hosts file is modified, it is recommended that you flush your DNS so that the new changes can be implemented more swiftly.

On most OS, rebooting the computer is the easiest way. However, DNS flushing can also be done manually using command line: